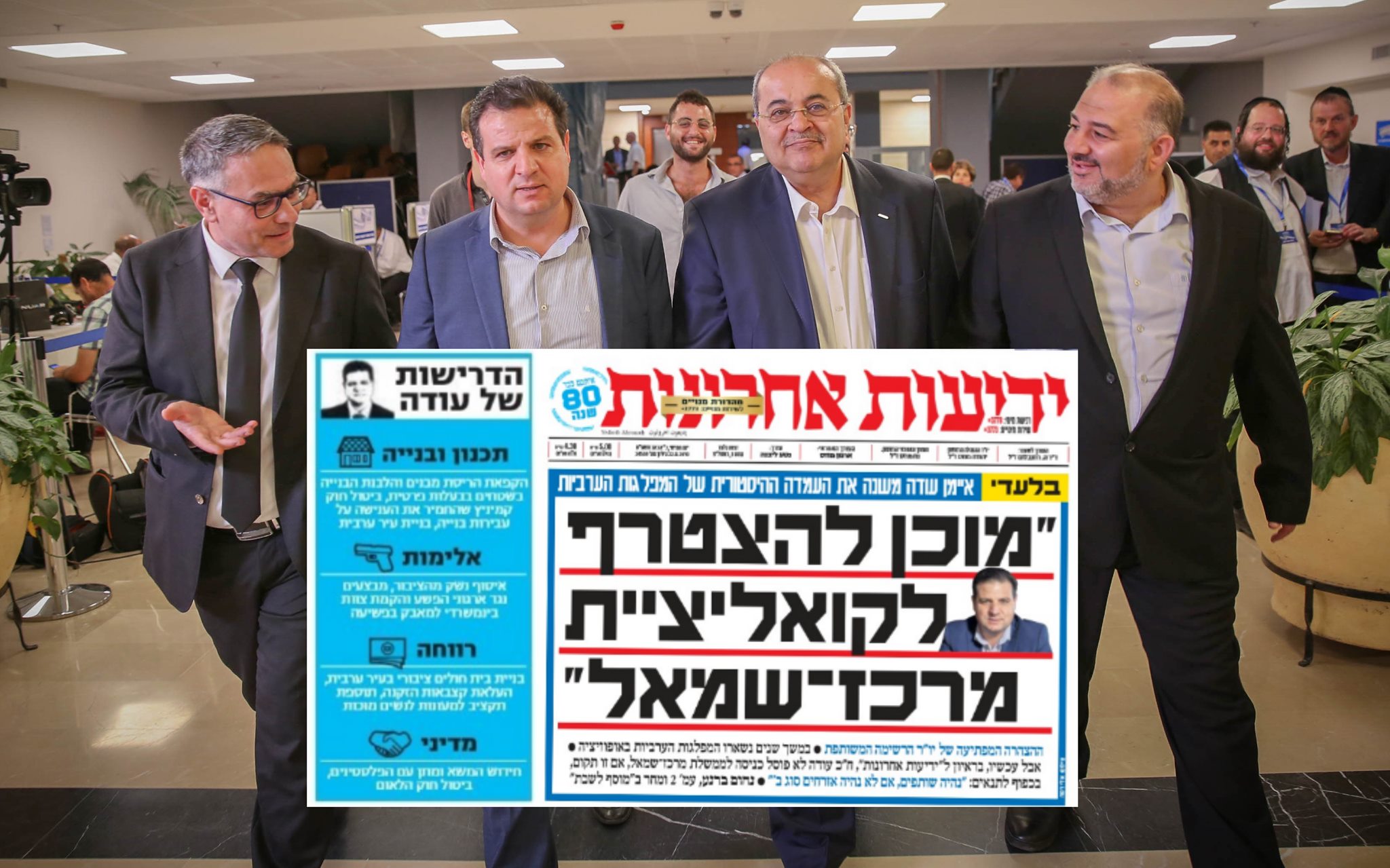 With the Israeli elections less than two weeks away, parties are doing all they can to garner as much support as possible. However, an astounding revelation occured last week when Joint List Chairman Ayman Odeh, in a stunning statement, turned the tables on Benny Gantz and his self-proclaimed “centrist” Blue and White party (Kahol Lavan), with his proposition of the Joint List joining a center-left coalition government - provided certain conditions were met, including the establishment of a Palestinian state, ending the occupation, and repealing the Nation-State Law - an  offer that was quickly and vehemently rejected by senior officials of the Blue and White party.

What is shocking about this turn of events is not the proclamation itself, but the response it received from Gantz and his Blue and White party. Palestinian MKs have long extended a hand to Israeli officials and members of the Knesset, repeatedly urging them to cooperate on issues facing the Palestinian community in Israel, as well as to build consensus on issues impacting Palestinians in the West Bank and Gaza, despite continuous rejections from the aformentioned officials and politicians. Palestinian MKs have always been open to cooperation with other MKs from across the political spectrum; moreover, a recent poll showed that 78% of Israeli Arabs support the Joint List entering a coalition government.

Blue and White’s response to the proposal revealed who Benny Gantz truly is. Many believe he is a suitable replacement to Netanyahu’s far-right government; that he will bring a more moderate approach to the peace process and bridge the gap between Israelis and Palestinians. Many believe he will reverse Netanyahu’s domestic policies that have led to more division among Palestinians and Israelis. But, clearly, he is no different than Netanyahu.

Gantz has no intention of alleviating the pain and suffering caused by Netanyahu’s government on Palestinian citizens of Israel.

Chairman Odeh read Gantz’s bluff and exposed him for it. Odeh showed that Gantz has no intention of cooperating with Palestinians, reaching a consensus with them, or even paving the way for more open dialogue and discussion between the two sides. A Gantz-led government will be no different than that of Netanyahu’s, repressing Palestinian voices, further dividing the population, and constantly blocking any and all opportunities for reconciliation. Gantz has no intention of alleviating the pain and suffering caused by Netanyahu’s government on Palestinian citizens of Israel. No matter how much Gantz preaches his desire for reconciliation with Palestinians - even campaigning in some Arab localities - his bluff has been called, showing everyone his true colors. There is no mask to hide behind anymore, Gantz is nothing more than a wolf in sheep’s clothing.