The Expiration of the Citizenship Law: a Temporary Victory for Palestinians 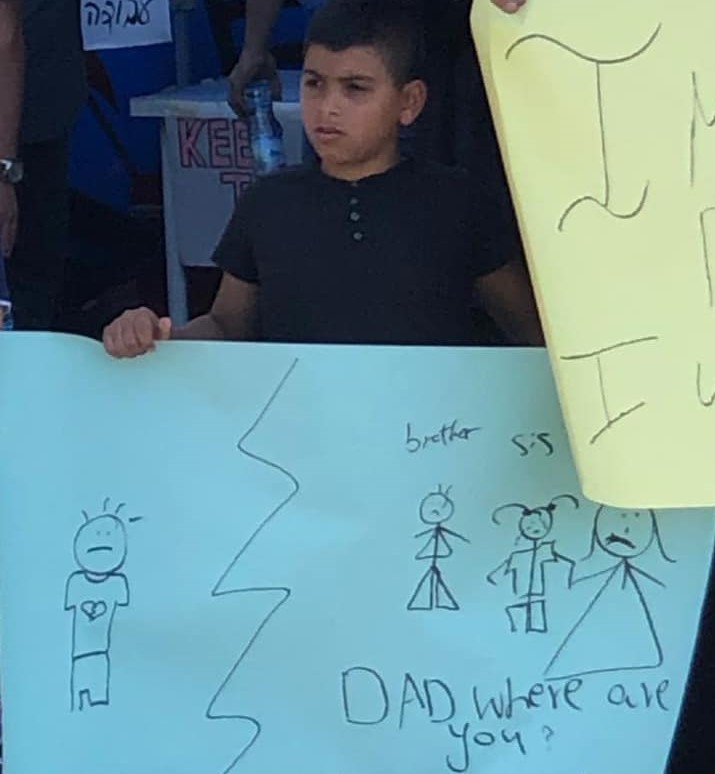 The Nationality and Entry into Israel Law, or more commonly known as the Citizenship Law, is a legislative action of which the main aim is to bar approximately 45,000 Palestinians from Gaza and the West Bank who are married to Israeli citizens from being granted citizenship or permanent residency rights within the State of Israel.

What started as a temporary security measure during the Second Intifada has been perpetually reinstated annually by the government under the premise of national security.

On Tuesday, July 6th, 2021, for the first time in 18 years, Naftali Bennet and his new governing coalition were not able to renew the law in question after a 59:59 vote; thereby, marking a milestone victory in the struggle of both Palestinian Arab citizens of Israel and the Palestinians in the occupied territories.

Through the support and guidance of the Mossawa Center, Palestinian Arab families mobilized, organized, and participated in weekly demonstrations at the entrance of the Knesset, while a legal team drafted and presented their demands to members of the Knesset. Dozens of meetings with Knesset members from various parties were organized and attended by the families.

The Mossawa Center's advocacy regarding the Citizenship Law has been focused on adopting a different approach when discussing and presenting the controversial law to the public.

Since the passage of the Citizenship and Entry into Israel Law in 2003, one of the central aims of the Mossawa Center has been to stimulate media outreach in order to promote the issue into the mainstream and increase its prominence in societal discourse.

Mossawa has been consistently monitoring the Citizenship Law and its discriminatory nature against the Palestinian Arab minority within Israel. Beyond Mossawa's constant updating of all its social media platforms, there is also a constant outward initiative to provide information to the public via the media. The Mossawa Center has been providing both Israeli and international media outlets with its insight into the issue as part of its initiative to reach the unaware and uninformed.

Throughout 18 years of the law's enforcement, the Mossawa Center has been proactive in the struggle against it and in advocating for meaningful change for the Palestinian Arab community.

In 2013, when the law was extended for the 13th time, Mossawa legal advocate Sameh Iraqi met with a number of Knesset Members before and after the vote on the extension of the Citizenship and Entry into Israel Law to clarify the Mossawa Center's position on the law, stating that "this law, in a vague security pretext, affects tens of thousands of Palestinian families,” adding, "the extension of this law for the 13th time has made this law a permanent law that encourages anti-democratic policies. It is also noteworthy that this law is one of a kind and there is no international comparison." He continued, "our stance against this law will continue, we at the Mossawa Center will keep coordinating with partners, movements, political parties and Knesset Members until the revocation of this law."

In 2016, the Mossawa Center called on lawmakers to take more progressive action on poverty and civil rights issues in the Knesset. Farah also spoke out at a meeting of the Knesset Welfare Committee, calling on Knesset lawmakers to push for strong, equitable legislation to combat poverty. In addition, the Mossawa staff called on a number of Members of the Knesset to cooperate and further pressure the relevant ministries to adopt and fund anti-poverty proposals.

A joint statement, in cooperation with Physicians for Human Rights Israel, Women Against Violence, Kayan, the Meezan Center for Human Rights, and the Arab Association for Human Rights, was also produced, expressing vehement opposition to the discriminatory Citizenship and Family Unification Law.

A considerable part of the Mossawa Center’s and its partners’ efforts in the Knesset was alleviating the suffering of impacted families by, for example, advocating for the ability of the spouses to drive or to receive adequate and affordable medical care. Our advocacy efforts against the Citizenship Law in previous years order resulted in over 2,200 Palestinian spouses from the West Bank and Gaza Strip being granted Israeli IDs and legal status.

In the weeks leading up to the vote on the law, Mossawa organized two demonstrations outside of the Knesset to apply pressure for the discontinuation of the Citizenship Law. Apart from organizing transportation for the protesters, the Mossawa team made sure that some of the families affected by the law are able to enter the Knesset and meet with representatives in order to communicate their grievances on a more personal and direct level.

The Mossawa Center expanded its work regarding the Citizenship Law beyond the confines of Israel. Friends of Mossawa – Mossawa's US-based sister organization – has been an integral part in its struggle to combat the controversial law on the international level. Friends of Mossawa engages in educating American policy makers and the public, raising awareness about the predicament of the Palestinian Arab minority in Israel, and providing a voice to the community in order to maximize pressure and engagement by the international community. The Mossawa Center called upon the international community to take action, encouraging it condemn the renewal of the Citizenship and Entry into Israel Law and urge Israel for immediate revocation of this law.

Issues such as the Citizenship Law are best understood and appreciated through personal stories that give us the opportunity to see how it affects people in their everyday life. One of the thousands of personal stories that reveal the unfair and discriminatory nature of the law is that of Taiseer and Lana Khatib. Taiseer and Lana are a married couple currently residing in Acre, an Arab majority city in the north of Israel. Taiseer, having been born in Acre, is an Israeli citizen by law; however, Lana having been born in the Western Bank, and although married to an Israeli citizen and already living with her husband in Israel for 16 years, still cannot obtain nor citizenship, nor even permanent resident status. The Citizenship Law ensures that people like Lana have to go through the grueling process of renewing their residence permit every year, without having any security about having the permit renewed the following year. Individuals who have Jewish roots are automatically entitled to citizenship in Israel and to the whole extent of the universal healthcare system of the country. Meanwhile, spouses of Israeli citizens residing in Israel, and who just happen to have been born in the West Bank, have to pay the hefty sum of $2,500-$3,000 initially, and then up to $120 monthly, in order to ensure they receive any semblance of medical coverage in Israel. The severity of this reality is further exacerbated if one is to take into account the fact that the majority of the families that suffer from the Citizenship Law live below the poverty line.

The fact that the Citizenship Law was not extended does not in itself imply that the issue is solved. At this point we are not predicting an immediate impact on the lengthy and complicated process that Arab families have to go through in order to stay together as Interior Minister Ayelet Shaked still has the authority to review, and therefore, decline applications since they are still reviewed on a case-by-case basis. Furthermore, it is also entirely possible for a new, similar law to be presented and voted in favor in the near future. Nevertheless, it is certainly a step in the right direction when looking at the future of the Palestinian people.

Opponents of the law call it racist and discriminatory against the Israelis most affected — the country’s Palestinian Arab citizens — by denying them the basic freedom to marry whomever they choose and attain legal status for their spouses.

The government is attempting to discriminate with the Arab citizens of Israel by defining whom they can love and marry and giving Jewish citizens an elevated status, constituting a blatant disregard for civil rights and equality among citizens in the country.

2.Why is the Citizenship Law dividing the gov't? - Explainer