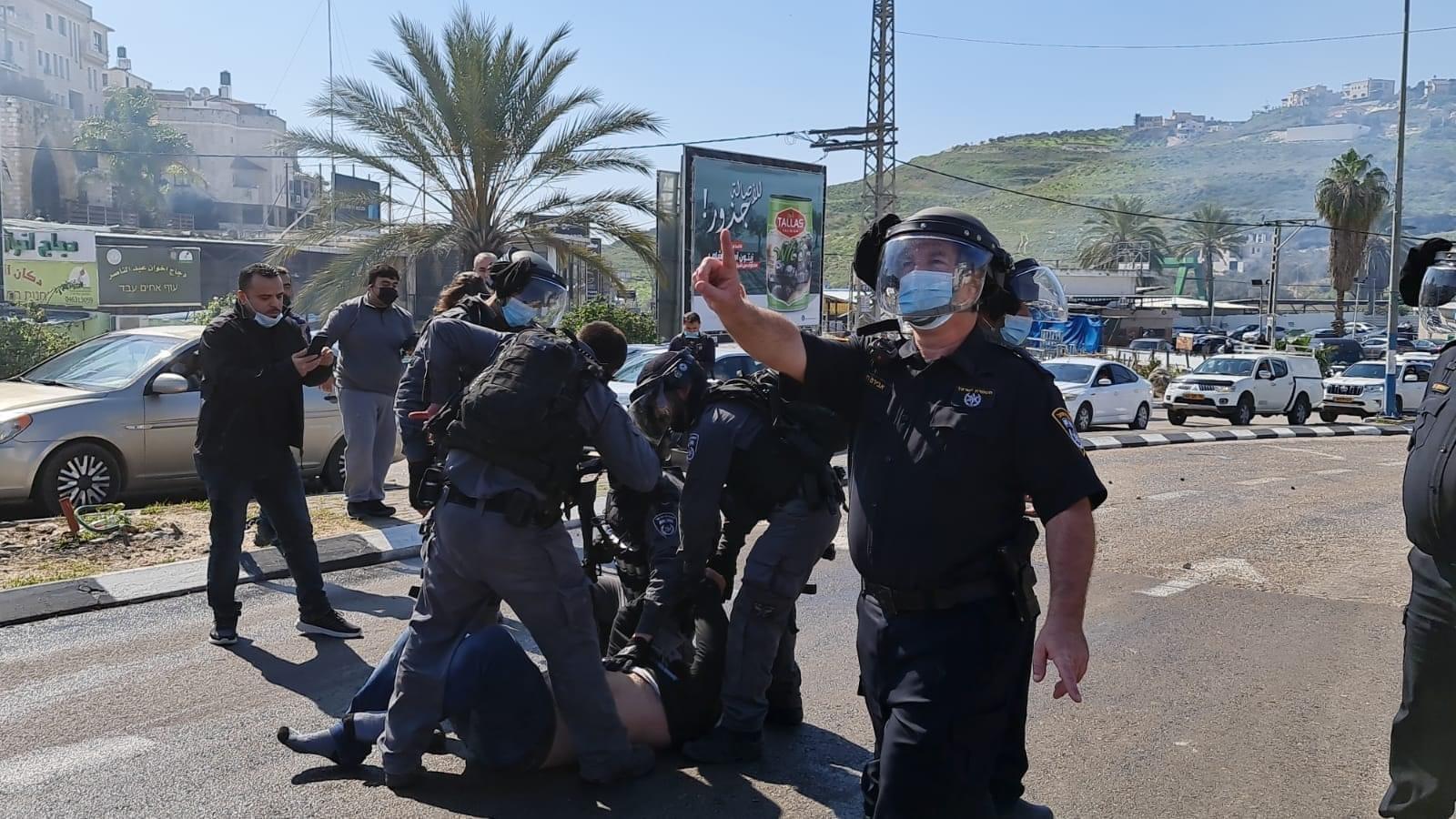 Today, May 18, 2022, marks the first anniversary of the Dignity Strike, which was called by the Higher Follow-Up Committee in response to the attacks against the daughters and sons of our Palestinian society by the extreme, right-wing Jewish rioters and the police. The strike served was called to condemn the discriminatory and oppressive policies of practiced by the Israeli authorities.

Last May, peaceful demonstrations were launched in solidarity with the residents of the Sheikh Jarrah neighborhood in occupied East Jerusalem, and the still ongoing attempts of the Israeli authorities to evict them from their homes. The demonstration also occurred to express condemnation for the numerous violations of the right of worship for Christians and Muslims alike. Worshippers were prevented from practicing their religious rights in the Church of the Holy Sepulcher during Easter and at Al-Aqsa Mosque during the holy month of Ramadan.

Peaceful protestors throughout the country were met with rubber bullets, tear gas, and live ammunition, in addition to mass arrest campaigns, which included Palestinian Arab journalists, lawyers, and political activists. Additionally, major violations and attacks were carried out on Palestinian Arab citizens by settlers and far-right groups, especially in mixed cities such as Haifa, Jaffa, Acre, and Lod.

Musa Hassouna, a young Palestinian man, was shot dead by a settler in the city of Lod, following the settlers' attempts to attack and storm Palestinian Arab homes neighborhoods there. The high school student Muhammad Kiwan was also killed by police bullets in Umm al-Fahm while he was in his car with his friends.

The events of the dignity strike left many Palestinian Arab civilians wounded, some of whom suffered severe injuries from rubber bullets and beatings with batons, specifically targeting the head and eye areas of demonstrators.

About 120 Palestinian Arab workers who participated in the dignity strike were prosecuted and some of them were expelled from their work. The Mossawa Center recently succeeded in obtaining compensation for a number of dismissed workers. During the last year alone, more than 2,700 Palestinian Arab citizens were detained.

The above data indicates the extent of the racist policies of the Israeli government, as the number of Palestinian Arab detainees is substantially larger, despite the records showing attacks against Palestinian Arabs in numerous Palestinian Arab villages and cities by racist right-wing gangs and policemen.

The Mossawa Center worked tirelessly during the events to defend the rights of Palestinian Arab citizens and documenting incidents that took place. In addition to submitting a case to the Police Investigation Department after the killing Muhammad Kiwan and the injury of a myriad of Palestinian Arab citizens due to police violence. As well as several cases of unlawful termination as a result of the dignity strike.

The Center calls for the closing of indictments against arbitrarily detained protestors, as well as compensating them and punishing the racist, right-wing gangs that attacked our neighborhoods and our people. This racism and discrimination is fed by the occupation of the Palestinian territories and oppression of Palestinians both in the West Bank and Gaza, as well as within Israel.