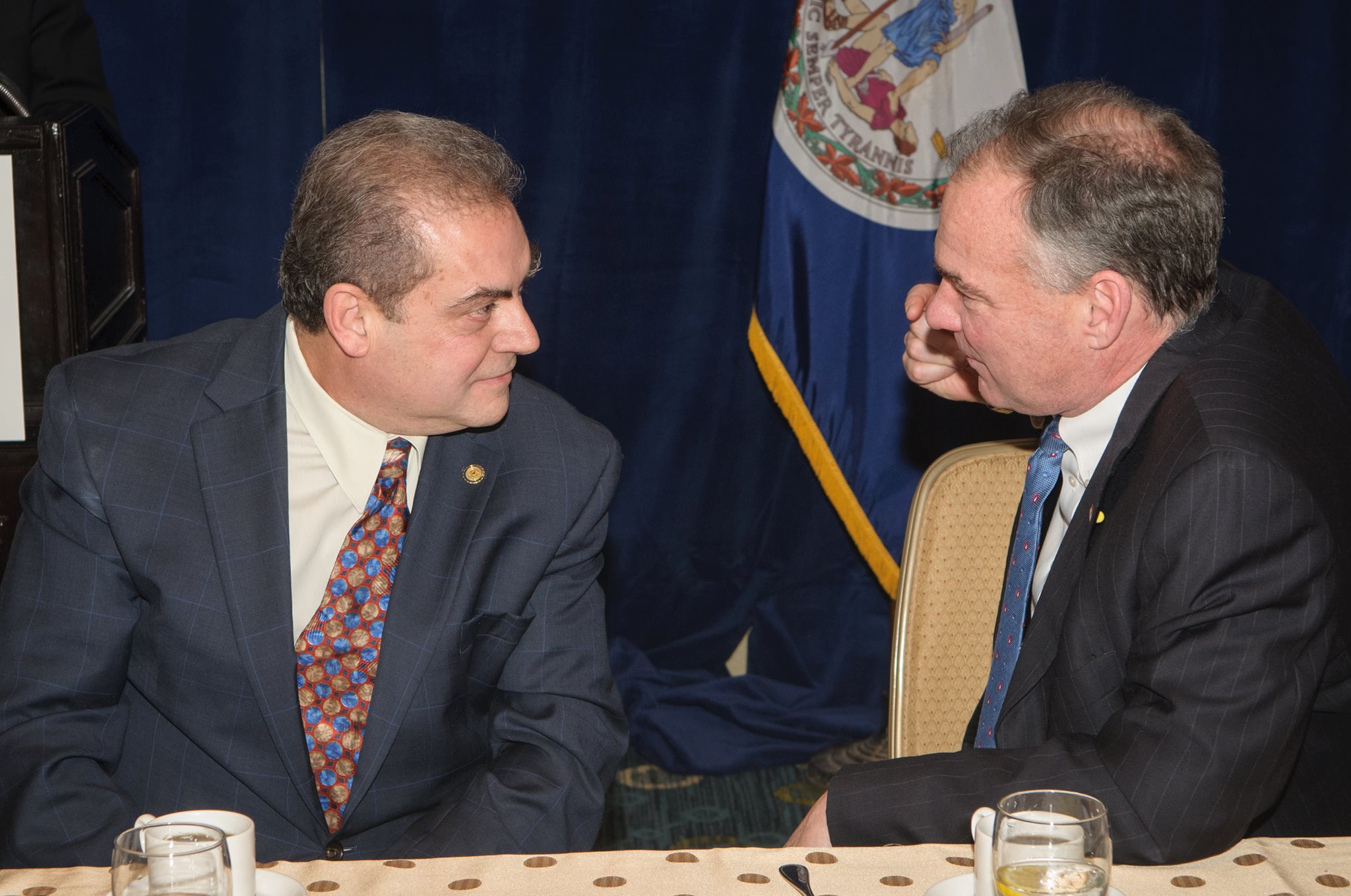 On Friday, September 18, a dear friend of the Mossawa Center and Palestinian-American Arab activist, Saba Shami, passed away at the age of 65 following a a short battle with cancer.

Saba left his hometown of Haifa nearly 40 years ago to build his life in the United States. He was politically active at the local and national levels in various capacities. He studied Philosophy and Peace Studies at Bethany Theological Seminary and earned a B.A. in Social Sciences from Goshen College. Saba is a graduate of the Virginia Executive Institute, a senior management program sponsored by the Office of The Governor of Virginia and Virginia Commonwealth University.

He founded the New Dominion PAC, which has become the largest and strongest network of Arab Americans in Virginia. Since its founding 30 years ago, the foundation has attracted political leaders from the region, including Senator and former Vice Presidential candidate Tim Kaine, with whom Saba was great friends, and Congressman Mark Warner.

As one of the most important expert on US policy and Arab-American relations, Saba constantly appeared on middle east media outlets, and was hosted by think tanks to give his in depth analysis on Arab Americans and their relationships with the US government.

In the eighties, together with his Haifa closest friends the late Kamil Shehadeh (founder of the House of Grace) and Onala Atala, they founded the "Galilee" foundation, which for many years supported families in need, university students, and civil organizations in Haifa and the Galilee.

We met Saba in 2018 during a meeting organized by our friends Ibtisam Ibrahim and her husband Aziz Fahmy. He enlisted alongside us and accompanied the work of Friends of Mossawa in the D.C. area, and put at our disposal his connections across the United States and Canada. He prepared letters and working papers submitted to congressmen from the Democratic Party, and communicated with political and community leaders to provide us with advice and network relationships. Recently, he was planning, in cooperation with Friends of Mossawa in the United States, to host the Knesset Member Jaber Asakleh in the United States.

To Friends of Mossawa, Saba was more than colleague or friend; he was family. He welcomed and embraced Friends of Mossawa with open arms and helped us establish ourselves in the United States as an integral voice for Palestinian Arab citizens of Israel. He was instrumental in connecting us with other Arab-American organization, communities, and individuals, as well as American policymakers and officials.

We are eternally grateful for his dedication and devotion to what he believed in, and for being a compassionate and inspiring person. We will forever be in his debt for all that he has done for us. We strive to be as honest, virtuous, and dutiful as Saba was.

The upcoming fourth Israeli elections are a shot we cannot miss

Deprivation of human rights: the other pandemic facing Palestinian Arab citizens of Israel