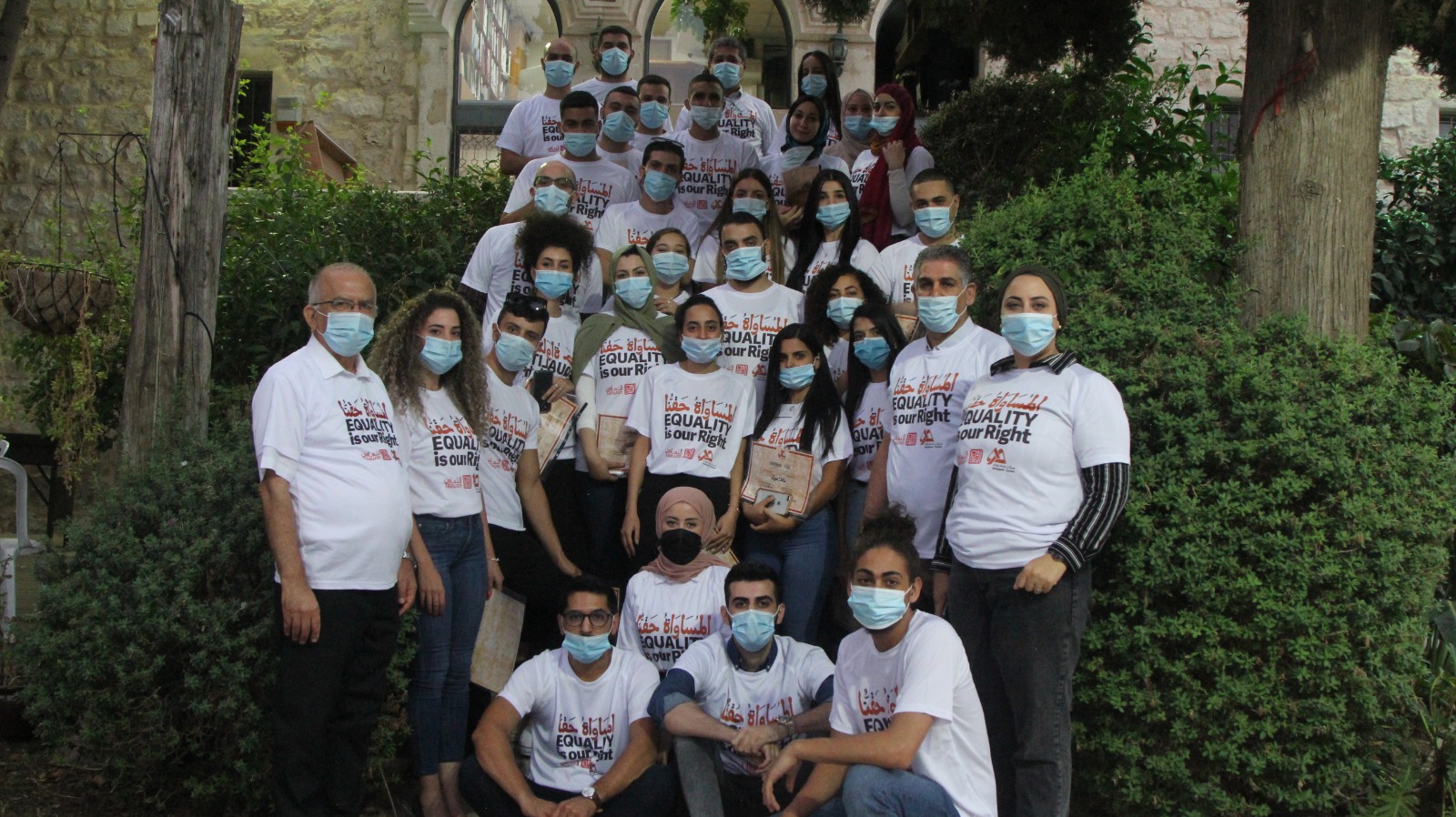 Promising Palestinian Arab university students taking part in the Mossawa Center's advocacy training program aim to equip themselves with the knowledge and tools to advocate for the rights of the Palestinian Arab community in Israel. The students, coming from numerous higher education institutions throughout the country, took part in training workshops in the field of advocacy. Out of dozens of applicants, a select group of students was chosen to take part in the three-day training program at the Carmel Cultural, Educational, and Law Center of the Academic Guidance Association and the Mossawa Center in Haifa.

The training program opened with an introduction to advocacy in general, where the students were exposed to the various forms of pleading, as well as the objectives and fields of pleading. The students were also introduced to the parliamentary, legal, media, and international world of advocacy and the method of work, with special importance being put on advocacy alongside popular struggle.

Professor Aziz Haidar and General Director and founder of the Mossawa Center, Jafar Farah, reviewed "the challenges facing the Palestinian Arab community in Israel,” which can be approached in the general political framework. Additionally, they discussed the possibility of addressing the economic, social, cultural, and human rights challenges facing Palestinian Arab society by working with various institutions, work groups, political parties, and local authorities are addressed.

Alya Zoabi, the Mossawa Center’s Parliamentary and Legal Advocacy Coordinator, discussed the mechanisms of parliamentary advocacy, enactment of laws, approving the state budget, and monitoring the work of governmental and private institutions.

As part of the program, a seminar was held with Palestinian Arab Knesset members Dr. Sami Abu Shehadeh and Sondos Saleh who discussed working mechanisms from within the Knesset. Students had the opportunity to participate in a dialogue with the Knesset Members, where various issues were raised, including the power of parliamentary action, the policy of the Israeli government, and integration between political and civil work. In a different workshop, the issue of legal pleading and the use of the judiciary were explored in terms of capabilities and limitations with lawyers Hussein Abu Hussein, Alber Nahhas and Dr. Khaled Ghanayem.

Students also participated in a special workshop was organized on the use of the press and media in human rights battles with the participation of media professionals from different fields and visited media institutions. They learned how to market and raise awareness about social, political and cultural issues through the media.

The international advocacy workshop hosted a group of diplomatic personnel to learn about the mechanisms of action in the international community, the diplomatic corps, political leaders, and popular solidarity movements around the world. Mossawa Center Executive Director Suha Salman Mousa touched upon advocacy work in the United States, and Wasim Nasser, the Mossawa Center’s International Advocacy Coordinator, discussed the global challenges that the Mossawa Center deals with. Manal Haddad and Isa Borshi from the US embassy and Samar Hawila from the British embassy also attended the workshop.

On the struggle over land, housing, planning, and construction, Dr. Enaya Banna, the Professional Director of the Arab Center for Alternative Planning, and Attia Al-Asem, Head of the Arab Center for Alternative Planning, discussed the "Kaminitz" Law and the mechanisms of action for obtaining recognition of unrecognized villages in the Negev such as Ein Hod and al-Dhamida. The workshop also dealt with the internal “community organizing” of the Palestinian Arab community and the building of alliances. The workshop explored the issue of building social solidarity networks with the aim of social change.

Tammer Awad, the Mossawa Center’s Coordinator of Community Programs, said, "we are working to integrate youth with the activities of obtaining rights to prevent future violations of people’s rights and to integrate them with the activities of civil institutions. We are currently working with school students and are working to strengthen the network among university students."

"We want this group of students to know the possibilities of advocacy and the importance of organizing and continuous work to change our reality," added Suha Salman Mousa. “Our investment in youth is an important part of the Mossawa Center’s work plan and vision. We work in cooperation with our partners in throughout the region, from the Negev, to the coast in Jisr AzZarqa, to Haifa, to the Triangle and the Galilee.

Mossawa Center’s Board Members Mr. Kamel Barghouti and lawyer Ahmed Ghazzawi distributed certificates to the participating students, where Barghouti stressed the importance of advocacy for the realization of the right to education and higher education, and the commitment of the Mossawa Center to the realization of the political, cultural, educational, and economic rights of the Palestinian Arab community in the Israel.