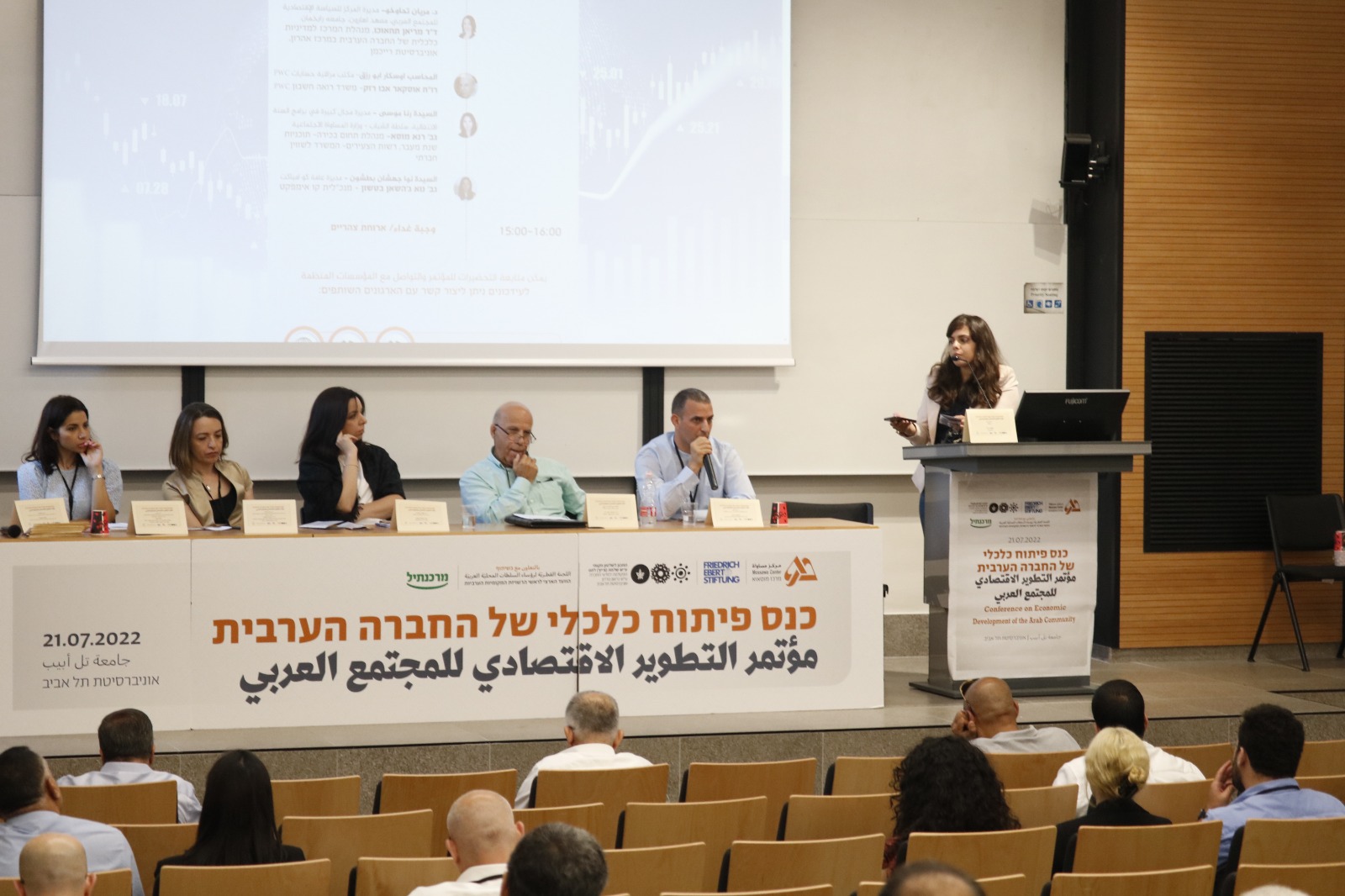 The economic development conference highlighted the potential of Palestinian - Arab youth for future economic relief, as well as the significance of integrating them into the country's social and vocational concerns.

Dr. Marian Tchaoho, director of the Center for Economic Policy for Arab Society at the Aharon Institute, Reichman University, spoke of the Ministry of Education’s responsibility toward the Palestinian-Arab community. “Only 33% of Palestinian-Arab men are qualified to receive Bagruts (matriculation exams), which means those who don’t have much lower chances of integrating into the workforce. Additionally, 55% of Palestinian-Arab men don’t have high school diplomas to qualify for quality job opportunities, and the Ministry of Education is not doing its job of incorporating them into the future of the country's economy.”

As such, reporter Samah Watad discussed the lack of investment in youth and the shortage of tools and opportunities to accommodate and sustain young Palestinian Arabs looking to build their future in the county and stated: “This is why our youth tend to fall between the cracks and get stuck in undesirable paths and careers…”

Oscar Abu Rizk, Partner at accounting firm PWC, followed, saying, "There's no doubt that the last 15 months did not contain the transformation we promised, but we need to acclimatize ourselves to the present standards in order to improve and keep going." Palestinian Arabs face even greater difficulties than their Jewish counterparts in finding work."

"The term (gap year) is still relatively new in the Palestinian-Arab society  said Rana Mousa, a senior field director of transition year programs at the Ministry of Social Equality. Mousa continued: "What should we advise these youngsters to do?" We have devised a number of programs that do not require a matriculation (bagrut) certificate and are focused on building job skills, language, and orientation prior to entering the labor field."

Noa Jahshan Batshan, general director of the Co-Impact organization, declared “we at co-impact focus on employing Palestinian-Arabs in the largest companies in the economy. Although the Palestinian-Arab community is somewhat ‘academically limited’, their employment will also contribute to these large companies. In the past, only 5% of Palestinian Arabs were employed”.

Lastly, Osama Konbor, director of employment of Arab society in the Ministry of Economy, introduced the work of the Rayan Center, an employment center dedicated to enhancing the rates of employment in the Palestinian-Arab community. Konbor continued: “We are working on developing underprivileged communities that are in need of diplomas and certificates. We actively guide youth and train them in order to be compatible with the workforce.”