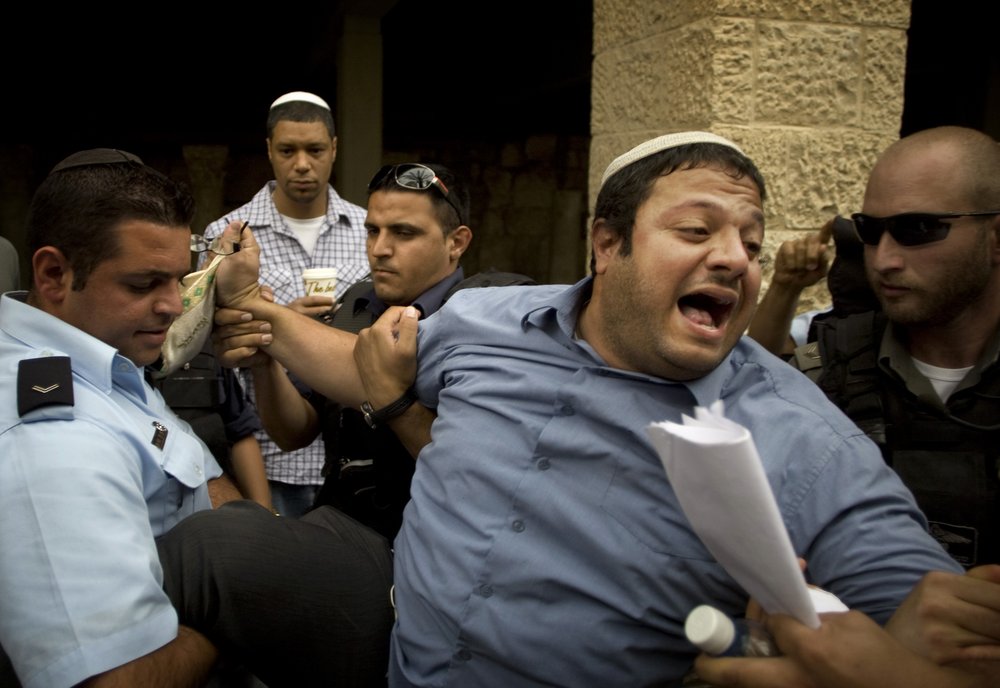 Netanyahu’s decision to embrace, legitimize, and empower Ben-Gvir’s dangerous, hate-filled, and racist politics will demolish any pathway towards negotiations, let alone peace and justice. The Biden Administration and the rest of the international community must not give in to Netanyahu’s unstable and alarming platform, which now openly welcomes the most radical and inflammatory voices in Israel. Netanyahu’s grip on power has enabled far-right, racist parties, individuals, and organizations to become central players in Israeli politics.

Such a development threatens not only the rights of Palestinian Arabs within Israel, in the West Bank, and in Gaza, but also threatens to destabilize the entire region. The international community must not allow such menacing forces to grow in power and influence in Israel as they will take us down a path we cannot walk back on.

The recent signing of a surplus vote-sharing deal between Netanyahu’s Likud party and Ben-Gvir’s Jewish Strength party is only a small reflection of Netanyahu’s decision to not only legitimize, but fully embrace Ben-Gvir’s Kahanist, extreme far-right platform that is built upon ruthless incitement, violence, and hatred of Palestinian Arabs. In addition to the surplus vote-sharing deal, Netanyahu has said he wants Ben-Gvir and his Jewish Strength party to be a part of his coalition, bringing an even more extremist and racist platform into Netanyahu’s government.

Itamar Ben-Gvir was a part the radical Kach and Kahane Chai party, which was eventually banned by the Israeli government in 1994. Despite claiming that his radical Jewish Strength party does not follow the same party line as the Kach and Kahane Chai party, he still endorses and pushes the same policies. Ben-Gvir has called for the expulsion of Palestinian Arab citizens of Israel who he claims are not loyal to the state. He had a picture of Baruch Goldstein, who massacred 29 Muslims at the Cave of the Patriarchs in 1994, hanging in his home, but has now removed it in the hope of being allowed to run for the Knesset elections.

Ben-Gvir circulated ads inciting against Palestinian Arab Knesset Members, saying they were a "ticking time bomb," and distributed stickers that read, "It’s either us or them - expel the Arab enemy. Kahane is right." Meanwhile, MK Smotrich said “it is natural that my wife would not want to lie next to someone whose baby son might want to murder my son,” when referring to the policy of separation between Jews and Arabs.

MK Smotrich also attacked the Palestinian Arab minority in Israel yesterday and said that "the rate of increase of the Bedouin should be addressed." During a tour organized by the right-wing Yamina party in the south, MK Smotrich said “the Bedouins double themselves every 12 years so this is something that needs to be addressed, it is a kind of bomb, which if we do not neutralize its mechanism it will explode on us much more strongly."

The embrace and legitimization of Ben-Gvir’s and Smotrich’s parties and platforms has been in the making ever since Netanyahu came to power. Netanyahu’s reign over the country has put Israel on a perpetual path to the right, pushing further and further to the extremes. This is best reflected by the fact that the Head of the Central Elections Committee, Justice Uzi Vogelman, ruled that Ben-Gvir’s Jewish Strength party was eligible to run despite violating a Basic Law clause (Israel has basic laws with constitutional-like status) which bars list members from running for office if they “incite racism.” Justice Vogelman’s decision clearly shows the effect Netanyahu has had in normalizing radical, extreme right-wing views in Israel.

At the same time, Netanyahu has been able to completely dismantle the pro-peace and equality camp in Israel, labeling any voice that is slightly left leaning as extreme and a threat to the state - this was clearly showcased when the Central Elections Committee considered unjustly banning Palestinian Arab Knesset Member Hiba Yazbek of the Joint List from running in the 2019 elections. For the upcoming elections, it banned Ibtisam Marani of the Labor Party from running, although that decision was later overruled by the Supreme Court.

it is critical to stop the partnership between Netanyahu and Ben-Gvir. This legitimization of radical, hate-filled politics will fundamentally transform the discourse of Israeli politics for decades to come. If peace and equality is to have any hope in the region, an end must be put to Netanyahu's dangerous grip on power in Israel.