Palestinian Arab citizen killed by police, another loses an eye, in the city of Tamra 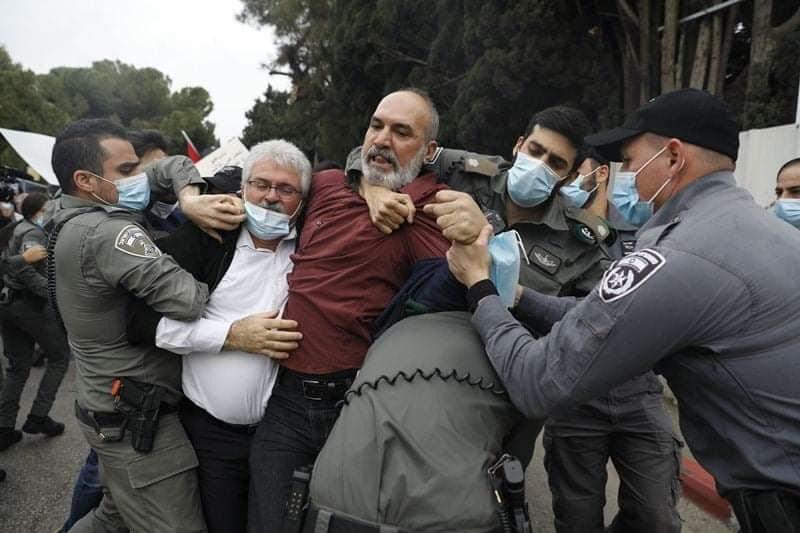 The Mossawa Center’s Parliamentary and Legal Advocacy Coordinator, Alya Zoabi, demanded the Police Investigation Unit at the Ministry of Justice (Mahash) to open an investigation into the wounding of Ahmed Diab, a Palestinian Arab citizen of Tamra in northern Israel, at the hands of police officers, causing him to lose one of his eyes. Diab was injured during peaceful protests after the funeral of Ahmed Hejazy, a Palestinian Arab civilian who was killed by Israeli police only a week earlier.

The General Director of the Mossawa Center, Jafar Farah, and Zoabi visited Diab at the hospital where he gave a preliminary testimony about what happened to him on the evening of the funeral. “I went back with the people from the cemetery after the funeral ceremony to the main street of Tamra. The police were stationed at the entrance to the city and large forces were present in order to disperse the young demonstrators. I saw policemen in front of me and felt a heavy blow to my eye. I then fell to the ground and blood started pouring from my eyes. A friend raised me and put me in a car and took me to a clinic from which I was transferred to Rambam Hospital, where the doctors treated me," said Diab. Diab, a father of one, previously played football and now works as a bus driver. As a result of his injury, he will need long medical treatments, preventing him from working.

In the wake of the Mossawa Center’s letter to Mahash, the investigation unit contacted the police officers involved in the incident and requested Diab’s detailed testimony. “The police are responsible for the harm done to Ahmed Diab. Their careless behavior endangered the life of a civilian, and it is this exact recklessness that led to the killing of two people and the injury of others which sparked the demonstrations against police brutality by Palestinian Arab citizens in the first place. The means used to disperse peaceful protesters were unjustified and far too violent.”