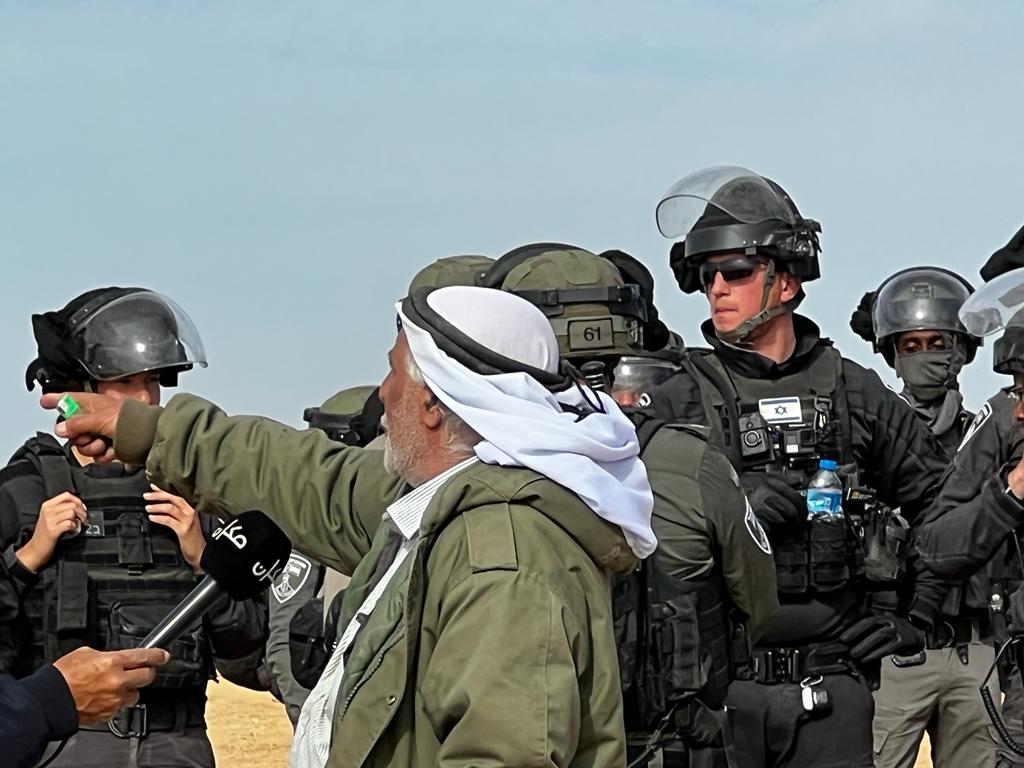 Mossawa Center staff witnessed the events that took place on Wednesday, Jan.  12, in the village of Sawa El Atrash in the Naqab. The following is a detailed report on the developments that occurred and the Mossawa Center’s demands.

The Israeli government refuses to recognize numerous Palestinian villages in the Negev and thus their Palestinian residents’ ownership of the land. Villages such as al-Araqeeb are constantly demolished by Israeli authorities in a relentless pursuit to uproot the people from their lands.

The village of al-Atrash has been recognized by the government under the name "Mulda" and was adjoined to the regional authority of al-Quasaim.

However, despite the recognition, the provision of services such as water, electricity, roads, and planning are yet to happen. As a result of the lack of development plans, the village has many houses that were built without a license and face the threat of Home demolition orders.

The Bedouin Settlement Authority, the Jewish National Fund, the Land Authority,  and the Israeli police attempted to uproot the people of the Negev from their lands, evict entire villages, and intensify incitement against the Negev Palestinian Arabs. The Israeli authorities' treatment of Palestinian Arab citizens is clearly discriminatory and aims primarily to infringe on their basic right to own property and housing. Jewish localities and even families have been given state lands for generations by the Land Authority, very often at the expense of Palestinians.

Starting on Jan. 10, Israeli police forces stormed al-Atrash to bulldoze and confiscate their lands as part of a forestation campaign by the Jewish National Fund. Israeli police was documented using unjustified violence against the people of the village and aggressively detained 40 Palestinian Arab citizens, including 10 minors, as residents resisted the takeover of their lands. At least 3 Palestinian residents were injured, resulting in them being admitted to hospital. Two of them have been hitted by field vehicles. The actions taken by Israeli authorities aim to further constrict the lives of the Palestinian Arab population in the Naqab by targeting their agricultural crops and expelling them.

The Mossawa Center, as human rights organization, demands that: