Massacre committed by Natan Zada was a result of incitement 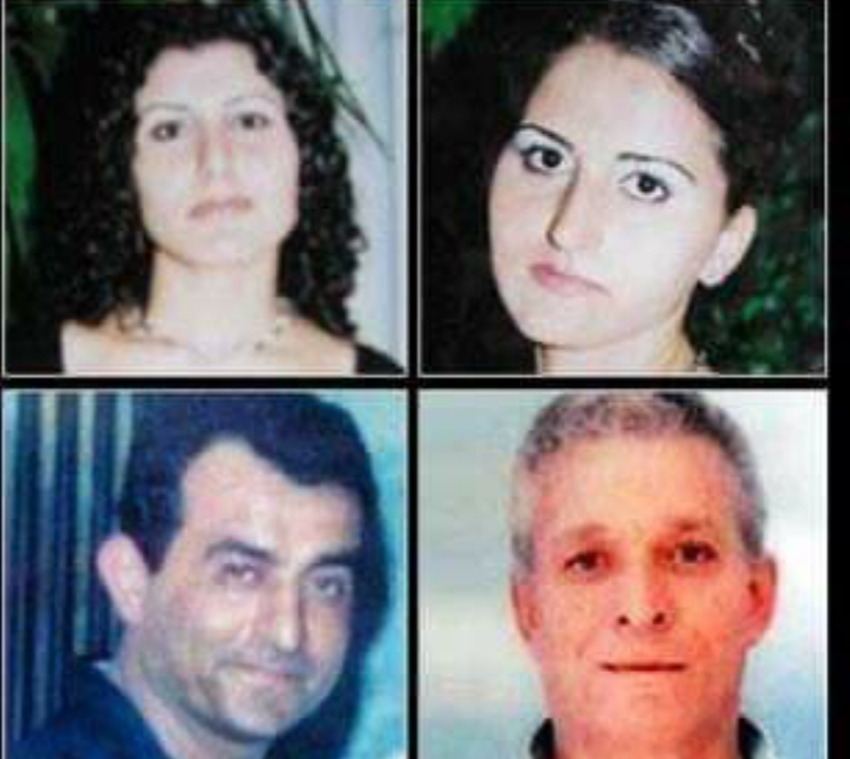 The continued disregard for the memorial of the racist massacre committed by IDF soldier Natan Zada in Shefar'am is deliberate. Zada carried out the political massacre against innocent Palestinian Arab citizens of Israel as part of his opposition to the withdrawal of Israeli forces from the Occupied Territories in 2005.

The Mossawa Center noted, on the anniversary of the massacre that was commemorated Shefar'am on August 4, that "racist incitement continues to this day, and the legitimacy to harm innocent people on an ethnic, national, or racial basis is politically legitimized by government ministers and Knesset Members. The murders committed in Shefar'am against innocents who were returning from school and work received political legitimacy before the act was even carried out. Zada was exposed to racist incitement by rabbis and political leaders in the Tapuach settlement before he committed the massacre. No indictments have ever been filed against the instigators and those who knew of Zada's intentions.

On August 4, 2005, at 5:05 PM, the killer, Natan Zada, dressed in an IDF uniform, boarded the Egged Line 165 bus (Shefar'am via Kiryat Ata) at the line's departure station at the Haifa Central Station. When the bus entered Sheikh Amin Street in Shefar'am at 6:03 pm, Zada shot and killed four Palestinian Arab citizens of Israel: Michelle Bhus, the bus driver, Hazar Turki, Dina Turki, and Nader Haik. The four were killed on the spot and four others were injured. Zada later fired in all directions and wounded nine more people, and after the ammunition ran out of his weapon, he was killed.

Following the massacre, and in contrast to many other incidents in which the perpetrator was an Arab, the police began investigating Zada's death. In dozens of incidents documented since 2005, Jewish citizens have been seen shooting and killing Palestinian Arab civilians with no indictments being filed against them.

The state heavily punished those who killed Zada compared to Jewish citizens who committed similar crimes.

The police, under pressure from right-wing political forces, arrested and questioned 12 residents of Shefar'am. In June, 2009, the State Attorney's Office filed indictments against seven of those residents and released five. Six of the seven that were indicted were put on trial and sent to prison, while one was given six months’ probation:

Natan-Zada was born and raised in Rishon Lezion. He was drafted into the IDF on January 3, 2005. On June 14, he left his base and defected with the weapons he received from the army. He moved to the KfarTapuach settlement in the occupied territories and was exposed to racist incitement. Authorities have never filed indictments against those who assisted him in his hiding at the settlement. His family claimed to have alerted the military that he was in possession of the weapon. The army and police did not locate him or confiscate his military weapon, the same weapon he used to carry out the massacre on the 4th of August.

Light penalties for the lynching of Batum Zarhom

For comparison, see the lynching incident of Batum Zarhom, an asylum seeker from Eritrea who was murdered in 2015 at the central bus station in Be'er Sheva. Zarhom was held up at the central bus station after a shooting in which soldier Omri Levy was killed. He was attacked by Jews who suspected he was involved and was beaten to death. Video documentation was posted throughout the country. In March 2018 David Moyal, one of those involved, was convicted as part of a plea deal, according to which he admitted to the offense of helpless abuse. The Be'er Sheva District Court sentenced him to one hundred days of community service, eight months' probation, and compensation in the amount of NIS 2,000 (~$600).

In December 2018, Eviatar Damari was sentenced to four months in prison, eight months’ probation, and compensation of NIS 2,000 (~$600) for Zarhom's family, after he was also convicted of a similar offense as part of a plea bargain.

The Be'er Sheva District Court acquitted on July 20 two of those involved in the lynching of Zarhom. Soldier Yaakov Shamba and Israel Prison Service officer Ronen Cohen were prosecuted for aggravated sabotage offenses after they kicked Zarhom.

Zarhom died of his wounds at the hospital. The investigation revealed that his cause of death was due to serious internal injuries caused by shots fired at his upper body by a body guard, and not as a result of the beatings he received from the participants in the incident.

Joshua Sherman shoots and kills a suspect but is not held in trial.

Deputy State Attorney Nurit Littman claimed that the shooting that took place in April 2019 near the village of Hawara was investigated by the police, and an examination of the investigation file reveals that the investigation materials do not establish suspicion of unlawful firing.

It was further alleged that the videos documenting the attack, as well as the other findings at the scene, support the shooters' version. "A knife was found in the area, near the site of al-Fatah's fall. A stone was also found in front of Sherman's vehicle and a bullet was found inside the vehicle. The investigation materials do not establish suspicion of unlawful firing."

A suspect alleged to have tried to carry out a stabbing attack near the Beit Junction junction near the village of Huwwara was armed with a knife and attacked a vehicle belonging to Yehoshua Sherman of Elon Moreh that was traveling on the road. Sherman claimed the suspect tried to open the front door of the vehicle and stab the passengers. Sherman got out of the vehicle, pulled out his weapon, opened fire, and killed him along with another driver. The two, as mentioned above, were not prosecuted by the police who closed the investigation file.