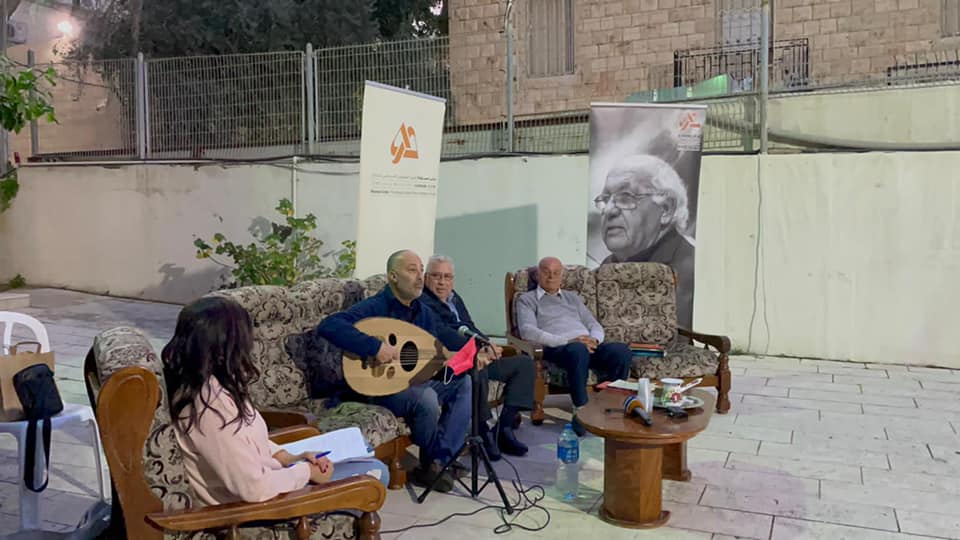 At its home in the Carmel Cultural Center in Haifa, the Mossawa Center held its annual "March Culture" festival in celebration of Palestinian culture, literature, and art.
‍

It was the late Palestinian Arab writer Salman Natour who first proposed the idea of ​​"March of Culture" to link art, culture, creativity, spring, women's rights, land, and the homeland. This year's festival was opened on March 13, on the anniversary of Palestinian national poet Mahmoud Darwish's birthday.
‍

The festival included various activities for all generations. It was opened by artist Intisar Ayoub with puppet theater, in which both adults and children participated. Next, Kholoud Forani interviewed Fathi Forani and Iskandar Amal where they discussed the publication of their recent books "Green Moons" and "Haifa, a red imprint," respectively. Forani spoke of his personal relationship with the poet Mahmoud Darwish and his poems.
‍

The festival also featured a performance by Alaa Azzam and Lian Hawaila who played the oud and sang, while Tariq Sariya recited some of Mahmoud Darwish's poems, including "Think of someone else." The youth rap group Wish 4 concluded the program with Aseel Farah and Elias Dandan, where they combined rap music with Mahmoud Darwish's poetry.
‍

Mossawa Center's youth group decorated the courtyard of the Carmel Cultural Center with pictures and poetry of Mahmoud Darwish. Mossawa Center's Youth Programs Coordinator Aleen Nasra said, “we inaugurated this year's March of Culture festival on the anniversary of the birth of the national poet Mahmoud Darwish because of the love for art, culture, and poetry that he embodied, linking it with the love of land, equality, and the homeland. The program is a convergence of the past, present, and future," adding, "Dialogue and interaction between the younger and older generations was at the core of this program." The Mossawa Center will continue to revive March of Culture activities in cooperation with various cultural and artistic institutions in Haifa and in other localities, which have opened their doors to receive an audience that is thirsty for art, culture, and creativity.