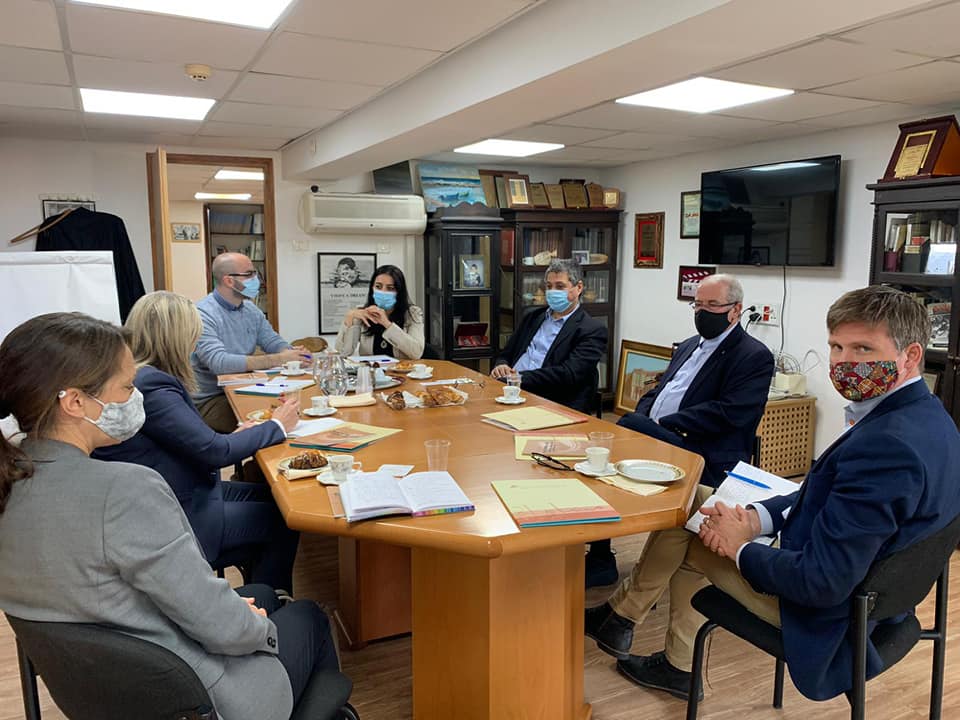 Erik Ullenhag, the Swedish Ambassador to Israel, expressed his desire to strengthen the relationship with the Palestinian Arab community, during his visit to the Mossawa Center in Haifa today (Nov. 25, 2020). The delegation, led by the ambassador, included the ambassador’s wife Maria Velasco, who is the Deputy Head of the European Mission in the Occupied Territories, Honorary Consul David Castel, and Ann Marie Veneman, the Counsellor for innovation. The ambassador affirmed that his country is committed to international human rights covenants and that it is concerned with a peace solution between the two peoples.

Mossawa Center staff, including the founder and General Director of the Mossawa Center, Jafar Farah, the Executive Director, Suha Salman Mousa, the coordinator of the International Relations and Advocacy Department, Wasim Nasser, and the intern of the Hebrew University at Mossawa Center, Nour Abu Ghosh, gave a detailed explanation about the situation of the Palestinian Arab community in the country, including its legal status, racial incitement and police violence, the collapse of the rule of law and violence, home demolitions, land confiscation, and the economic and social discrimination in the Negev which has led to impoverishment.
‍

It was agreed to hold periodic meetings during the coming year, which would include developing bilateral relations in the defense of human rights and scientific and cultural cooperation.