Bread and Roses for Palestinian Women 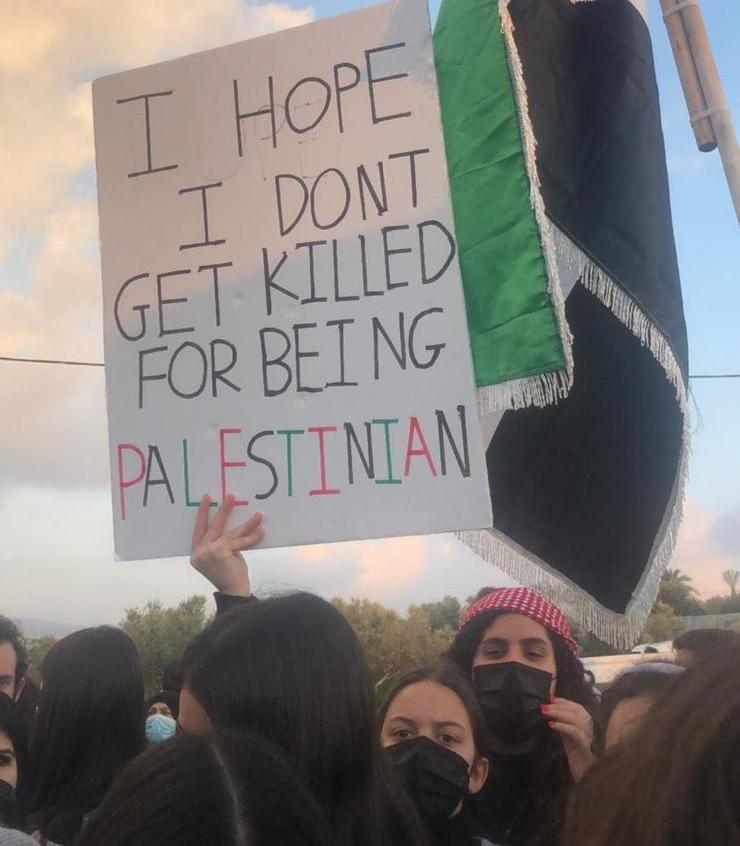 As we come marching, marching, in the beauty of the day,
A million darkened kitchens, a thousand mill-lofts gray
Are touched with all the radiance that a sudden sun discloses,
For the people hear us singing, "Bread and Roses, Bread and Roses."

As we come marching, marching, we battle, too, for men—
For they are women's children and we mother them again.
Our days shall not be sweated from birth until life closes—
Hearts starve as well as bodies: Give us Bread, but give us Roses.

Every year, workplaces in Israel distribute thousands of flowers to show their appreciation for their female employees on International Women’s Day.

At the same time, these workplaces give women fewer opportunities to succeed compared to men. There is a wide gap between the number of women in leadership roles and their male counterparts, with an even larger gap in wages. Women with the same education earn 50% less than their male counterparts and, on average, men outnumber female employees 4:1 in the high-tech industry. While in many parts of the world, these statistics show huge strides in the modern struggle of women. in Israel there are women who would consider themselves lucky to have one of these diminished, underpaid positions.

As we come marching, marching, unnumbered women dead
Go crying through our singing their ancient song of Bread;
Small art and love and beauty their trudging spirits knew—
Yes, it is Bread we fight for—but we fight for Roses, too.

In the Negev, women still live in constant fear of losing their homes and livelihoods. The government does not only turn a blind eye to the conditions of these women but actively makes them worse. Most homicide cases involving a female victim are never solved. A murderer does not need to think twice when it comes to taking a woman’s life because at the end, the state will not give such a case enough attention or resources, allowing them to get away with it. According to NGO reports, approximately 70% of women in the unrecognized villages over the age of 35 are illiterate and live in the absence of the most basic human necessities such as running water, electricity, nearby schools, and more (Abu Rabia 2015)

The partial involvement of Arab women in the labor market has an impact on the position of women within the society. However, only 30% of Arab women possess a higher education degree, and their engagement in the work force has been deteriorating over the past few years. Most of women work in jobs that are not related to their field of study, in underpaid part time jobs that have no financial security. Women who are fortunate enough to find a job at a factory would have to travel to a Jewish industrial zone since there are few industrial zones in Arab towns localities, a challenge further exacerbated by the fact that a majority of Arab municipalities lack the adequate public transportation infrastructure.

Small art and love and beauty their trudging spirits knew—
Yes, it is Bread we fight for—but we fight for Roses, too.

Some of Israel’s Basic Laws and other pieces of legislation provide exclusive jurisdiction to religious law over family affairs - among other things - which is gender-biased given how such laws favor men. Israel has arbitrarily revoked the citizenship of Palestinian Bedouin citizens, making women even more vulnerable to persecution. According to Sezgin (2013), “When the state takes upon itself the task of interpreting and enforcing religious family laws, the fundamental rights and freedoms of individuals are adversely affected” (Sezgin, 2013, p. 78).

The gravity of discrimination against Arab women is exacerbated in Palestinian homes through the parctive of honor killing that enshrines female honor in the form of virginity, modesty, or selfless love. The “Council of Europe Committee on Equal Opportunities for Women and Men” refers to honor killing as: “The murder of a woman by a close family member or partner as a result of (suspected or alleged) shame being brought on a family by the action (a suspicion or allegation will be enough) of the woman” (Khatib, Edge, & Speed, 2020, p. 1009). There are also studies which suggest that women are sacrificed in the “altar of honor” by patriarchal society (Khatib et al., 2020). Palestinian society is governed by a traditional patriarchal system (Abdo; Kevorkian as cited in Khatib et al.), and the patriarchal structure of the family influences social behaviors, relations, roles, and responsibilities. It is also believed that this is being tolerated by the Israeli government, making Arab women more abused and discriminated against. (Khatib et al., 2020).

Aside from lightning the heavy restrictions placed on women’s freedom through the Israeli occupation, efforts should be targeted at the level of the law, the labor market, education, political representation, health and cultural norms (Shahwan 2020) .

Abu Rabia.Sarab.(2006). Between tradition and modernization: understanding the problem of female Bedouin dropouts- British journal of sociology of education.

Masri, M. (2017). The dynamics of exclusionary constitutionalism: Israel as a Jewish and democratic state. Oxford and Portland, Oregon: Hart Publishing.