BLM and Palestinian Arab citizens of Israel: a solidarity story 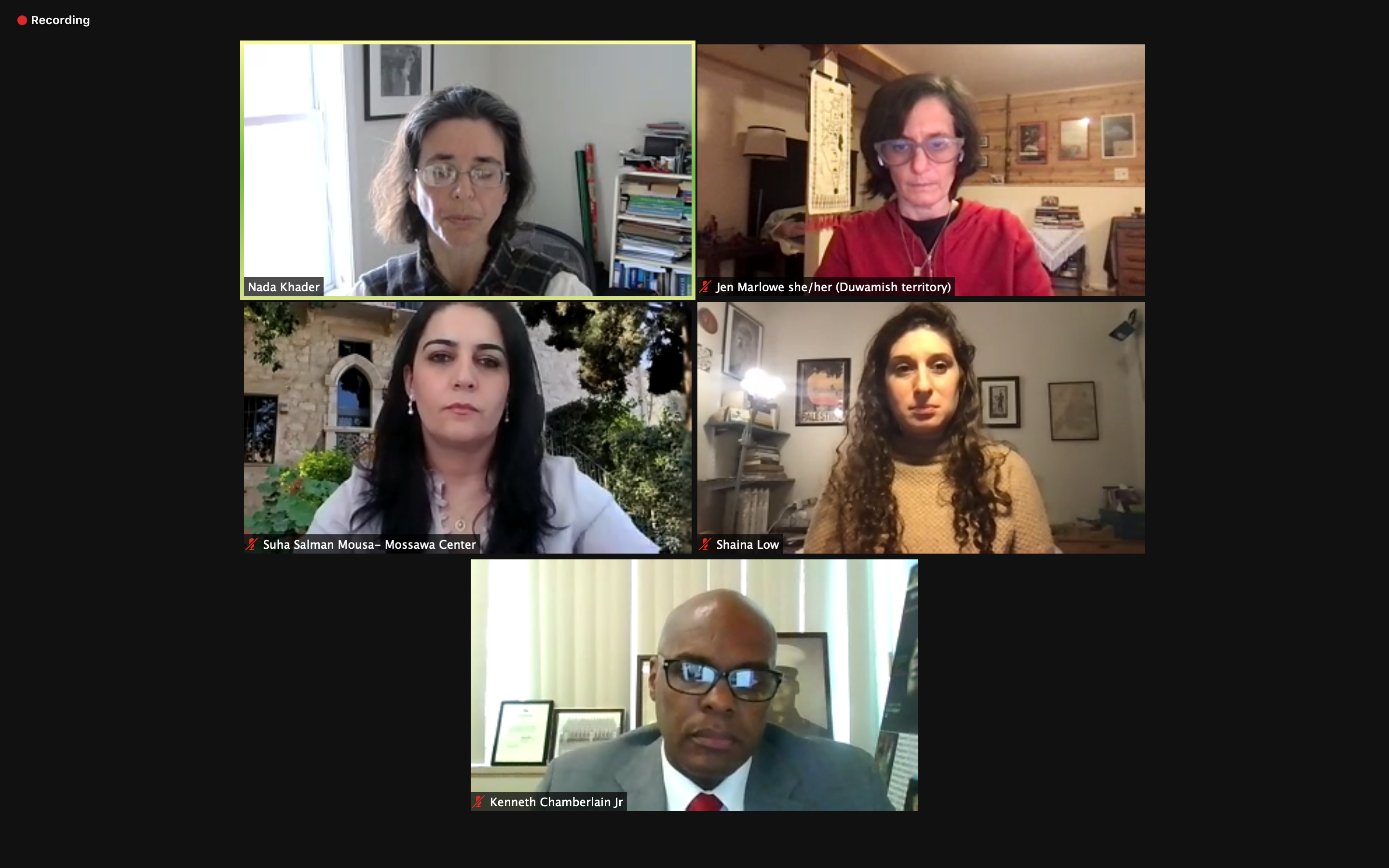 The Mossawa Center and American civil rights organizations agreed to develop cooperation strategies to combat police brutality in the United States and Israel. “We are conducting a series of international meetings and seminars as part of our efforts to communicate our voice to the international community and build progressive alliances,“ said Mossawa Center Executive Director Suha Salman Mousa in a statement.

Salman Mousa took part in a webinar organized by Jewish Voice for Peace (JVP) on Sunday, Feb. 22, 2021, attended by over 150 American activists to discuss police brutality in the US and Israel. She called on international and American human and civil rights activists to cooperate and develop strategies to combat police violence and racism.

The webinar opened with a screening of the film “There is a Field” which revolves around the story of Palestinian citizen of Israel Aseel Asleh who was murdered by the Israeli police during the events of October 2000. The roles in the film were enacted by African-American activists who were learning for the first time about Aseel’s the story and the demonstrations that took place at the time which resulted in the 13 Palestinian Arab civilians being killed by Israeli police forces. The actors spoke of the many similarities between the struggles of Black Americans and Palestinians against police brutality and discrimination.

Palestinian-American activist Nada Khader opened the discussion following the screening and introduced the speakers. Jen Marlowe, the director of the film, discussed her motivations for creating the film and how her personal knowledge of Aseel when he volunteered at Seeds of Peace was an essential and important factor in writing, narrating, and directing this film. Kenneth Chamberlain, the son of an African American man who was killed in 2011 by an policeman spoke of the hardship in seeking justice for a crime that occurred a decade ago. Shaina Low of the International Foundation for Defense of Children spoke about the detention of Palestinian children by the IDF and the international campaign to stop the detention of children by Israel.

Salman Mousa discussed the issue of police violence and the killing of Palestinian Arab citizens at the hands of Israeli police officers, the most recent incident of which involved the killing of the young man named Ahmed Hijazy from Tamra. She touched upon the increase in police violence cases against individuals and the entire community as a whole. She spoke of how the BLM movement in the United States and around the world had a direct influence on our ability to raise awareness about such issues in international forums, especially American ones, as there is growing acceptance and awareness among officials to learn about the struggles of Palestinians both within Israel and in the occupied territories.

The Mossawa Center and director Jen Marlowe will be working on bringing a screening of the film with Arabic subtitles to Haifa, Nazareth, the Triangle, and the Negev in Israel so that the Palestinian Arab community – particularly its younger generation - will be able to learn closely of the story of Aseel Asleh and what happened in October of 2000.