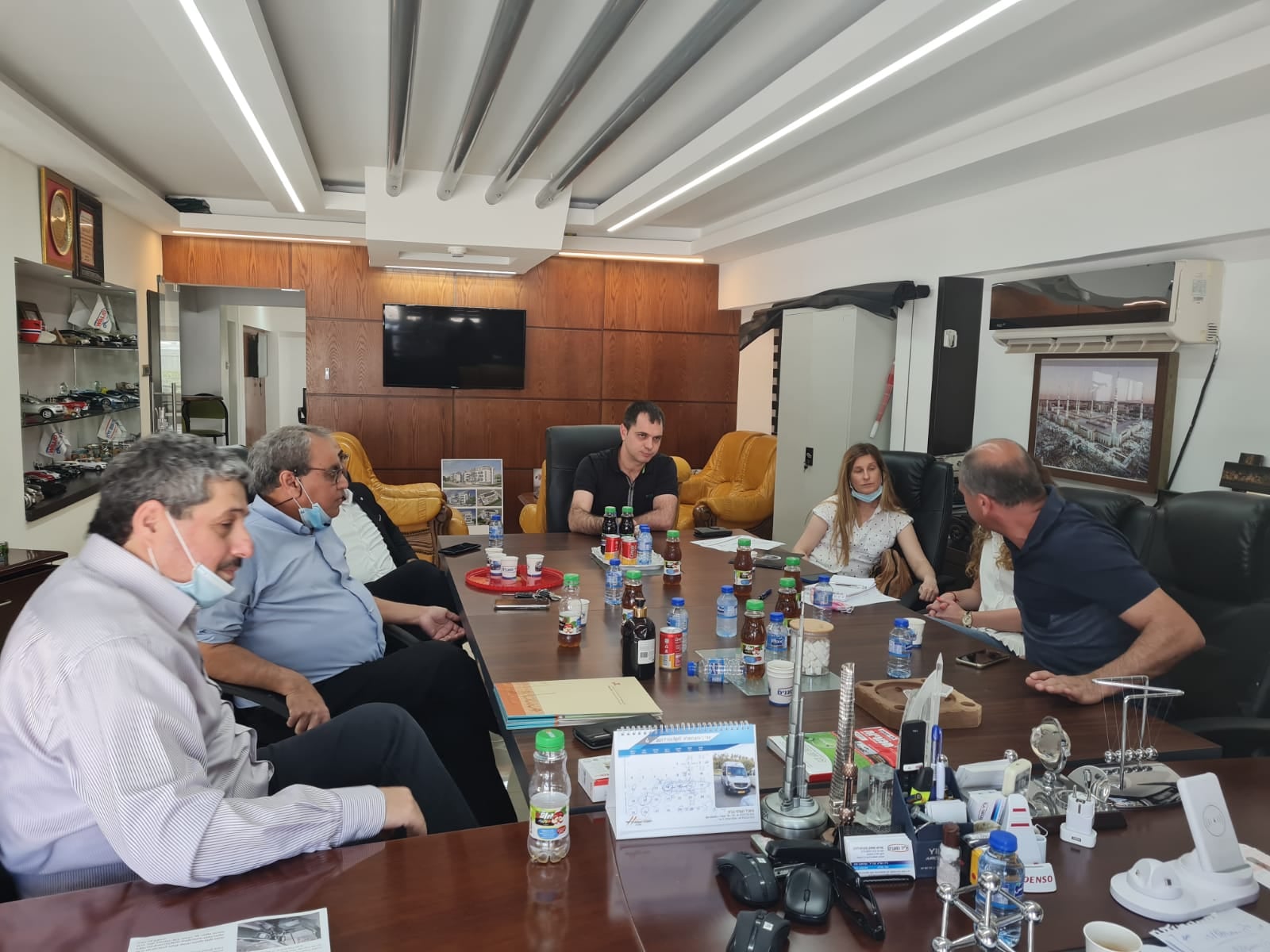 The Ministry of Finance announced that it will examine the need to expand the industrial zone in the city of Sakhnin. Sakhnin Mayor Dr. Safwat Abu Raya said, "Sakhnin needs 700 dunams [0.7 square km, 172 acres] for industry, warehouses and trade, and currently only 5 dunams [0.005 square km, 1.2 acres] are available."

‍
In an initiative by the Mossawa Center and in coordination with Sakhnin's Mayor, Dr. Safwat Abu Raya, and the Director of the Small Interests Development Authority, Mohamed Guessoum, a delegation of officials from the Ministry of Finance visited the city of Sakhnin with the aim of examining the development needs of the city in terms of industry, employment, and the environment. The delegation visited the municipality of Sakhnin, the Environmental Unit, and the industrial zone to learn about the opportunities and possibilities available in the city.

‍
In order to get acquainted with the situation of the industrial zone and the needs of Palestinian Arab companie in the region, the delegation visited the Walid Air Conditioners Factory where the factory manager explained the factory’s need for professional workers in the field of manufacturing passenger cars and private cars, installing air conditioners, and furnishing and developing cars. The factory manager indicated that he needed more than 15 workers in the near future to complete the orders and emphasized his need for more than 10 dunams [2.5 acres] to manufacture cars and meet demand. An agreement was reached between the ministerial team and the company’s staff to examine the possibilities of providing financial assistance for vocational training for the staff, expanding the factory, and increasing the number of workers. The ministerial staff indicated that a tender to encourage employment and manpower training will be issued by the Ministry of Finance in the coming weeks.

‍
During the meeting, the director of the municipality, Qassem Abu Raya, emphasized the need for land for industry, trade, and storage. According to the municipality's data, there are more than 400 businesses that need land - totalling about 700 dunams (172 acres). Only 52 dunams (13 acres) were allocated according to a tender that has ended, and there are dozens of factories and commercial interests waiting for more land.

Mossawa Center staff organized a series of meetings with the staff of the Accountant General of the Ministry of Finance to discuss issues of employment, industry, health, housing, and local governance. The Accountant General discussed the budgets to be allocated for the benefit of Palestinian Arab local authorities according to the various government decisions. The Mossawa Center discussed a number of tenders that are being prepared in the areas of housing and employment by government ministries.

It was agreed with the General Accountant Department at the Ministry of Finance to coordinate a number of field visits to examine the obstacles to implementing economic and development projects. The Mossawa Center pointed to the scarcity of incomes for the local authorities due to restrictions imposed on the establishment of new industrial and commercial zones by government offices.